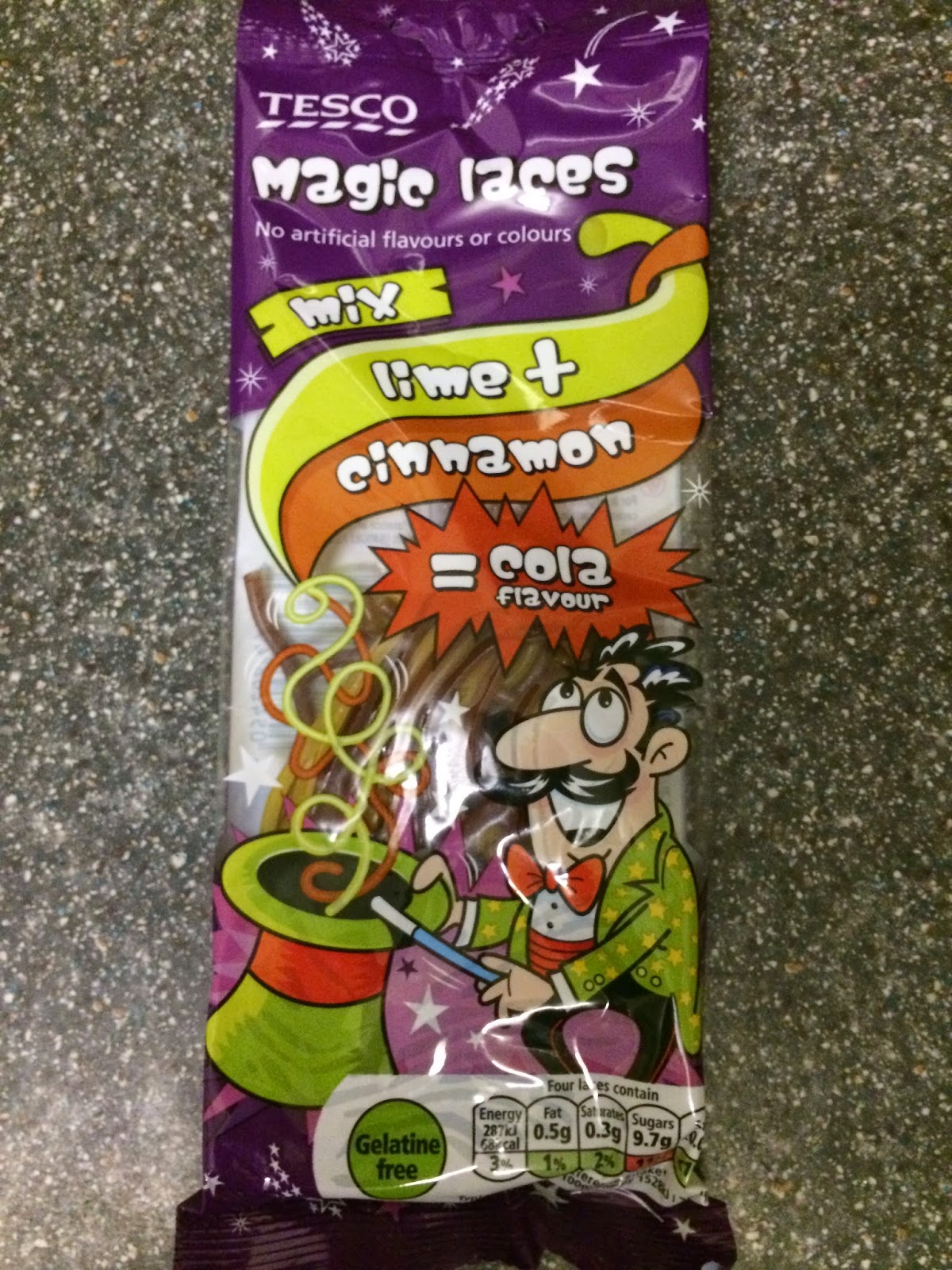 The flavour blending craze seems to be kicking off lately, and Tesco have joined the fray by giving some interesting flavours to their budget sweetie laces. Instead of the classic strawberry, these laces come in the odd mixture of cinnamon and lime. Definitely not two flavours I'd put together, but it seems the purpose of this combination is to create a cola flavour when eaten together. I certainly had to give it a go, despite still feeling some reservations about cinnamon.

By themselves, these laces certainly taste like their respective flavours. The cinnamon are both spicy and sweet, while the lime is certainly tangy and bold. Not exactly the best flavour laces I've had, but they are what they say on the tin. Combined, however, they didn't make a great impression on me. Sure, there may be a hint of cola, but all I could really taste was cinnamon and lime at the same time. I ended up just eating them separately anyway, and since the chosen flavours are so odd, I didn't enjoy them as much as I would a more regular variety. The idea is a nice one, and the individual flavours are done quite well, but the "magic" portion doesn't really pan out. If you fancy performing this trick yourself, by all means have a go, just don't expect to be wowed.