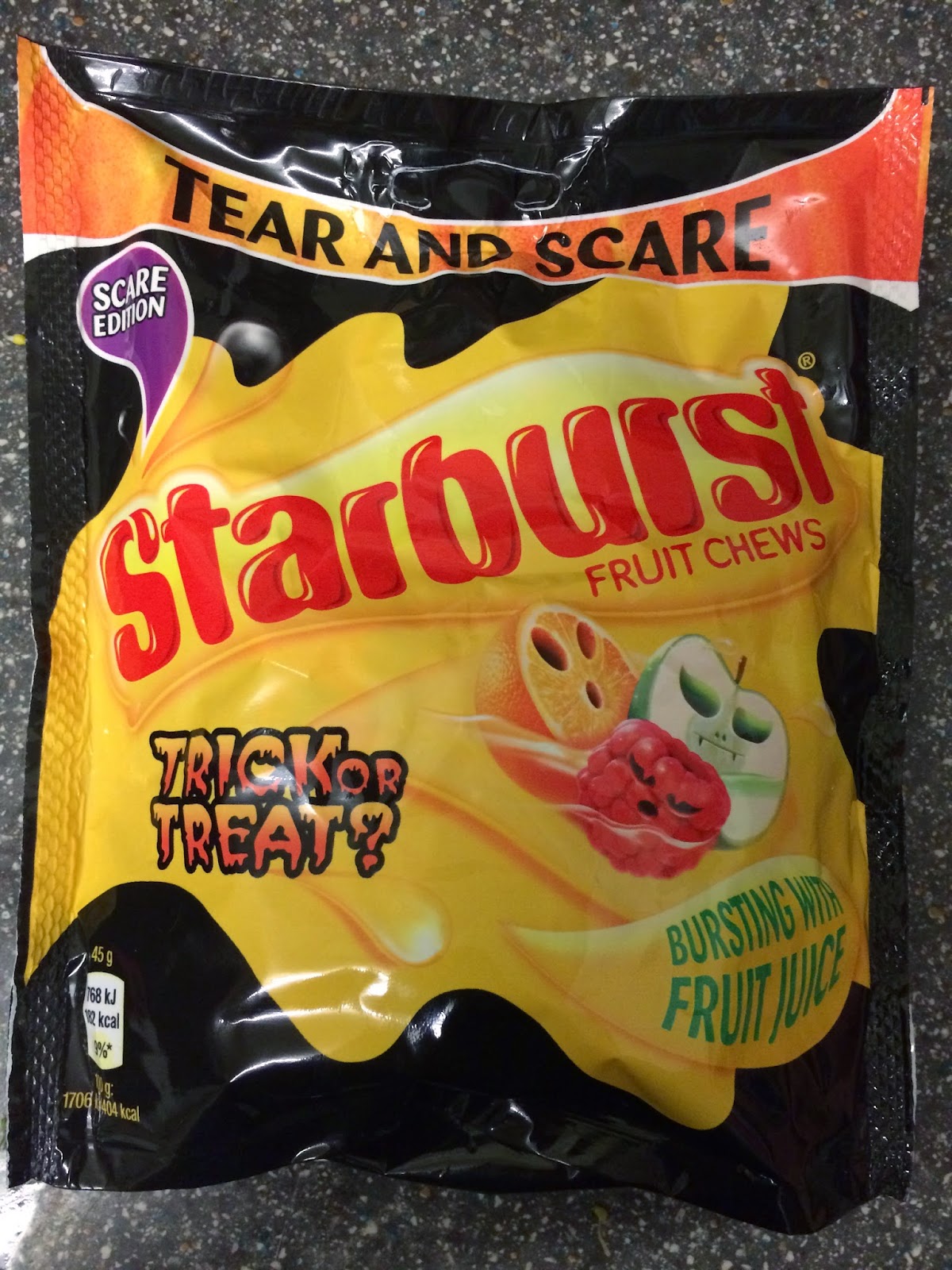 There may have been Christmas snacks floating around since the beginning of the month, but I've only just started to notice Halloween themed things popping up too. I was greeted by this interesting looking packet of Starburst as I walked into a local Tesco Express, and at first I was sure it was just the same old Starburst with some funky colours. But on closer inspection, I found it's actually a pretty neat Halloween offering. There are three flavours; apple, orange and raspberry, but each one may either be sweet or sour, and there's no way of knowing until you bite into it.

It's a great premise, and it's pulled off pretty well. I really didn't know whether or not what I was biting into would be sour, and when it turned out that it was, my tastebuds were caught a little by surprise. They're not overly sour by any means, but they certainly gave my tongue a nice tingle when I was expecting something sweeter. Alongside this nice spin, it's also nice to see that there are some different flavours in this pack. The apple is deliciously fruity, and the raspberry has a lovely, smooth flavour, making this a pretty nice pack of sweets overall. I do wish that the sour ones were a bit more so, or that perhaps there was another flavour or two to choose from, but this is a nice Halloween themed pack of sweets that avoids the tired rebranding that other companies choose to do.