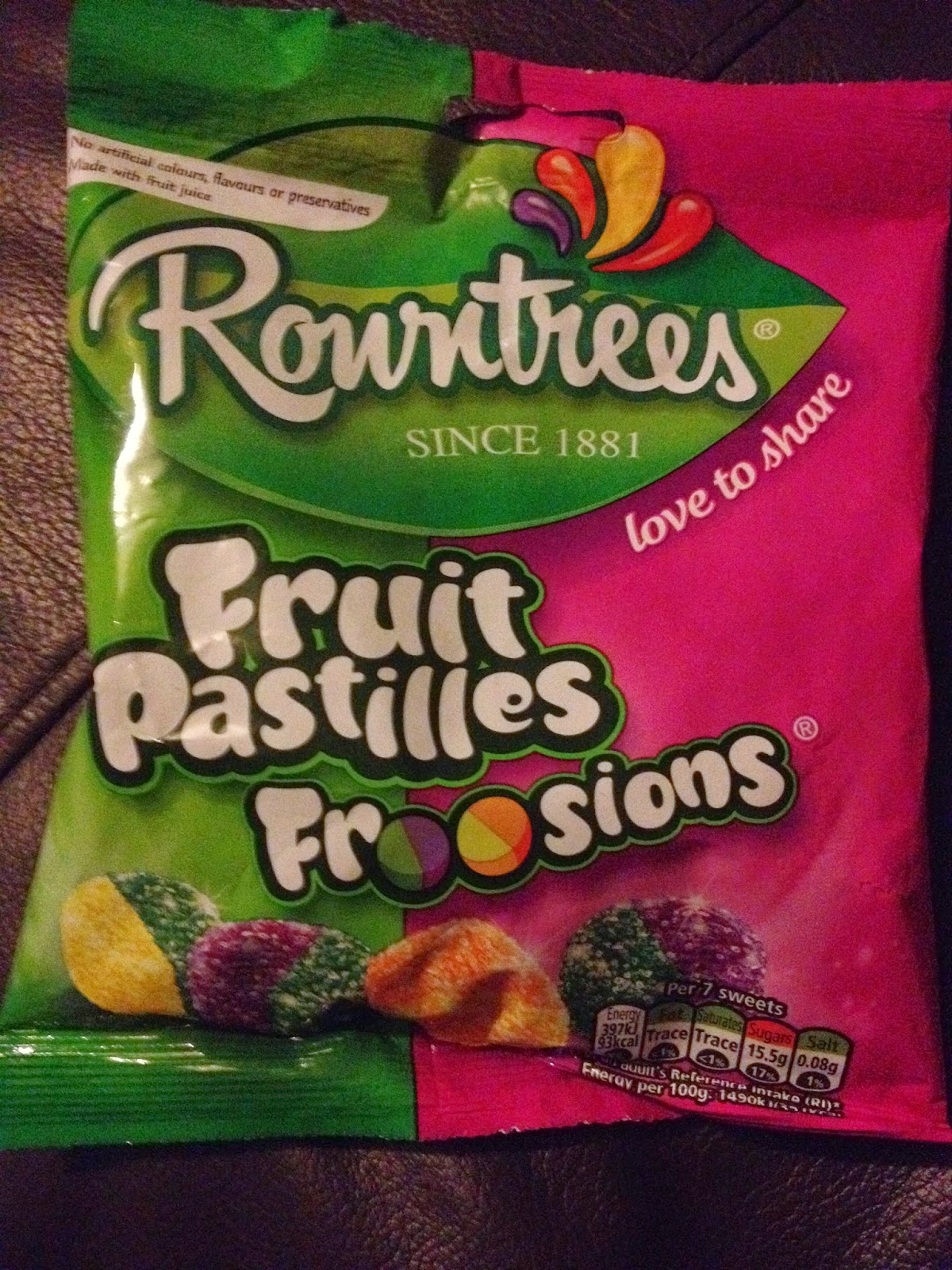 There seems to be a new craze of bringing out sweets with multiple flavours. Starburst have created Flavour Morphs, while Fruittella have gone with Magics, and while they're interesting, they didn't really surpass the originals. But that didn't stop me picking up this bag of Froosions, which is basically a bunch of Fruit Pastilles that packs two flavours into each sweet. 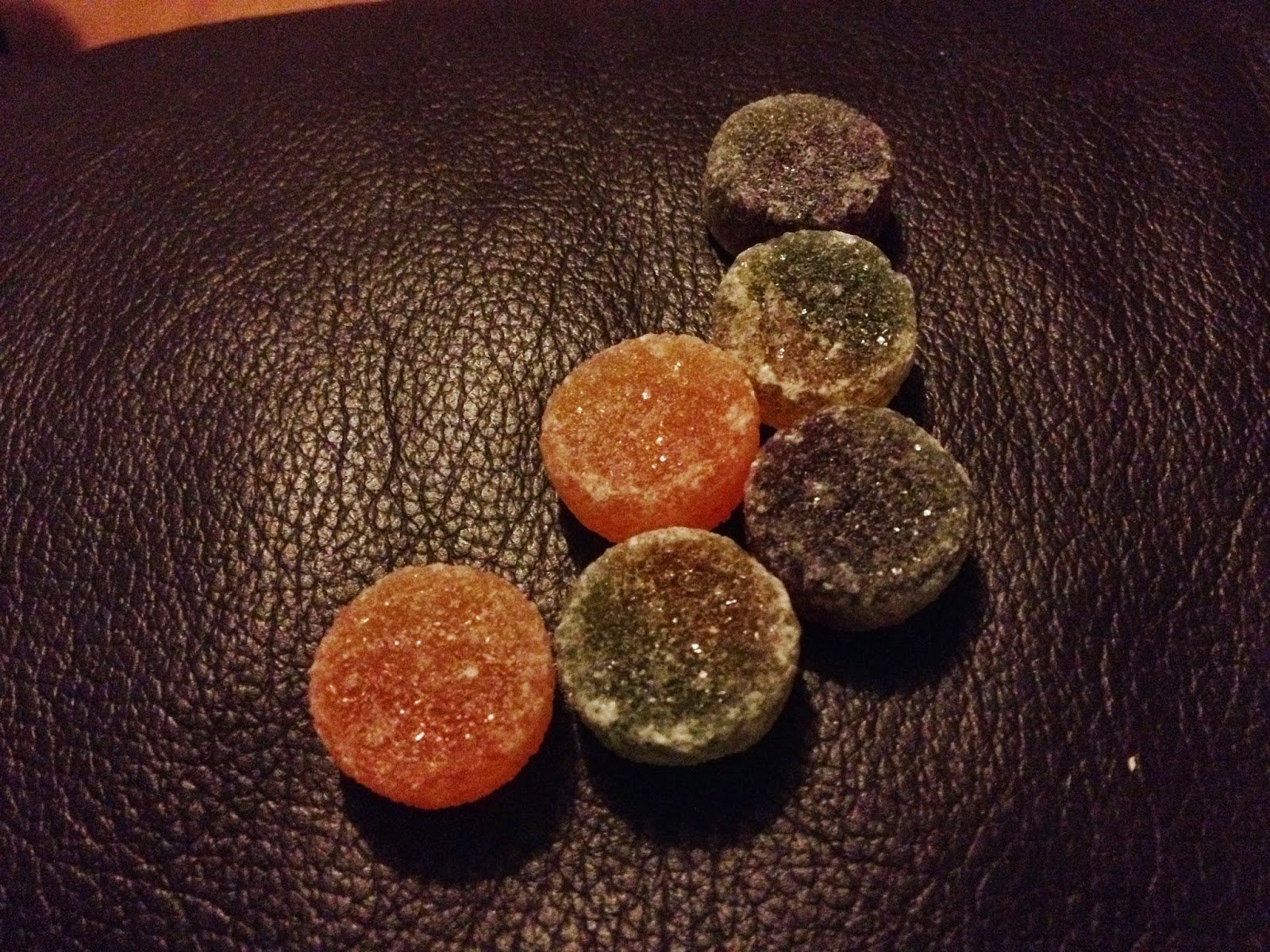 Like the other dual flavour sweeties already out, there really isn't as much variety as there could be with these ones. We have green and yellow, orange and yellow, and purple and green. I was secretly hoping for a red and purple, but I guess those flavours are too similar, and you need some polarising colours. The thing that caught my eye about these sweets is that they don't claim to change the flavour as you chew, which Fruittella and Starburst both implied. Nope, these are straight up two flavours fused into one, and experienced at the same time, and I must say they're actually very tasty. The green and yellow is a mellow, fruity flavour, the orange and yellow has a great citrus kick, while the purple and green come together to make a lovely complementing apple and blackcurrant flavour. I was very impressed with these sweets, especially after not really being too impressed with other flavour "morphing" sweets. These are great, and you should try them. Though I don't see how they're too different from just sticking two Fruit Pastilles in your gob at once...