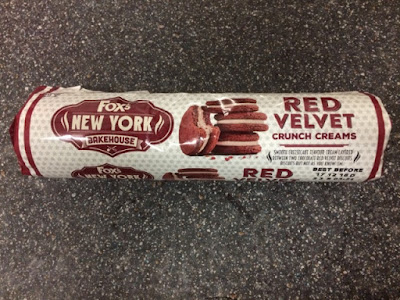 Crunch Creams are probably one of my favourite biscuits. The filling is often extremely creamy and generous, and the biscuits either side have a great texture and buttery taste. So the idea of a red velvet variety was too good to ignore. The filling is cream cheese flavoured, while the outer biscuits are chocolate flavoured. Plus they're red. What more could you want? 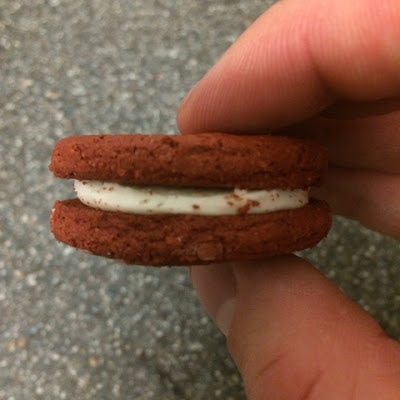 Well, they look the part, like your average Crunch Cream, a nice amount of creamy filling, and some substantial, crunchy biscuits either side. But the taste doesn't quite match up with the presentation. The filling in particular was quite disappointing, it still has that great creamy texture, but the flavour just doesn't seem right, and I didn't get any hint of cream cheese while eating. As for the biscuits, they're pretty nice, I think that the focus was on making them red, because for chocolate flavoured biscuits these don't taste particularly chocolatey. It's a tasty enough biscuit, and still has a satisfying crunch, but the flavour leaves quite a lot to be desired.